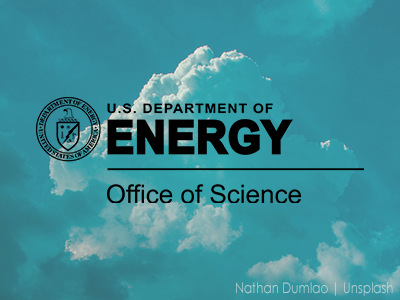 DOE early career research projects to be funded through ASR

In late May 2021, the U.S. Department of Energy (DOE) Office of Science announced the selection of 83 scientists to receive research funding through its Early Career Research Program.

The program, now in its 12th year, is designed to bolster the nation’s scientific workforce by providing support to exceptional researchers during their early career years, when many scientists do their most formative work.

The early career research grants cover salaries and research expenses over five years. Researchers at DOE national laboratories will receive about $500,000 per year ($2.5 million total), while university-based researchers will receive about $150,000 annually ($750,000 total). This year, 51 recipients are from U.S. universities and 32 are from DOE national laboratories.

Wang, an assistant atmospheric scientist at Brookhaven National Laboratory in New York, was picked for her project “Understanding Deep Convective Cloud Kinematic Processes and Their Responses to Aerosols.”

Wang and her team will examine deep convective clouds in the U.S. Southern Great Plains, the Gulf Coast, the Amazon, and the mountains of Argentina. The team will use ARM observations, satellite data, machine learning techniques, and high-resolution modeling to identify cause-and-effect links between atmospheric particles, the environment, and convective vigor.

Ultimately, the goal is to improve the representation of deep convective clouds in earth system models and the predictability of the water cycle.

She is also a co-investigator for a 2023–2024 ARM field campaign, the Eastern Pacific Cloud Aerosol Precipitation Experiment (EPCAPE) near San Diego, California.

Wang is partially funded by ASR on a joint Scientific Focus Area project between Brookhaven Lab and Argonne National Laboratory in Illinois. The project is called “Process-level AdvancementS of Climate through Cloud and Aerosol Lifecycle Studies”—PASCCALS for short.

Read more about Wang in this Brookhaven Lab news release.

Isaacman-VanWertz, an assistant professor of civil and environmental engineering at Virginia Tech, was selected for his project “Parameterizing Wet Removal of Aerosol-Forming Oxygenated Gases and its Regional and Global Impacts.”

To estimate how fast precipitation washes gases and particles out of the atmosphere, Isaacman-VanWertz will analyze particle and precipitation size distribution data from 12 ARM sites around the globe. He will then combine the data with additional ARM measurements gathered near Manacapuru, Brazil, during the Green Ocean Amazon (GoAmazon2014/15) field campaign and new measurements obtained in Blacksburg, Virginia.

Studying the real-world measurements from these diverse geographical locations will likely lead to an improved understanding of how precipitation affects aerosol formation. Also, the research could result in new methods for calculating the removal of oxygenated gases.

Isaacman-VanWertz will compare model simulations of the removal process with observations from ARM’s Southern Great Plains atmospheric observatory. In addition, he will measure how rain washes gases out of the atmosphere by conducting laboratory chamber experiments.

Isaacman-VanWertz has worked with ARM data before, but this will be his first ASR project as a principal investigator.

Learn about Isaacman-VanWertz in this article from Virginia Tech.

Zheng, a research scientist at Lawrence Livermore National Laboratory in California, was chosen for her project “Using ARM Data and Multiscale Models to Advance the Understanding of Liquid-Phase Cloud Response to Aerosol Perturbation over Ocean and Land.”

In her research, Zheng analyzes atmospheric observations and climate models to advance the understanding of cloud response to aerosols.

Atmospheric aerosols can affect the Earth’s climate by scattering or absorbing radiation or by changing cloud properties, such as cloud particle size or cloud lifetime. This “aerosol indirect effect” on liquid-phase clouds remains highly uncertain in present and future climate scenarios.

Zheng will use long-term ARM observations, complemented by satellite retrievals and numerical simulations, to study the aerosol indirect effect on liquid-phase clouds. The early career funding will allow her to implement advanced statistical techniques to better detect aerosol-cloud interactions in ARM observations and DOE’s Energy Exascale Earth System Model (E3SM). Zheng is on the E3SM team at Livermore.

Zheng is also funded on an ASR project at Livermore, “ASR PCMDI (Program for Climate Model Diagnosis and Intercomparison)—Cloud Processes from ARM Observations.”

Find out more about Zheng in this Livermore news release.

To be eligible for the DOE Early Career Research Program award, a researcher must be an untenured, tenure-track assistant or associate professor at a U.S. academic institution or a full-time employee at a DOE national laboratory who received a PhD within the past 10 years.

Research topics must fall within one of the DOE Office of Science’s eight major program offices:

A list of all the award recipients can be found on the Early Career Research Program web page.