A busy week is ahead at the 2014 American Geophysical Union Fall Meeting in San Francisco, scientists sponsored by ASR are presenting dozens of oral and poster sessions describing their research. Nearly 24,000 researchers from around the globe will be in attendance, sharing their research results at the largest worldwide conference of the geophysical sciences. DOE’s Office of Biological and Environmental Research will also host four town hall meetings this year. 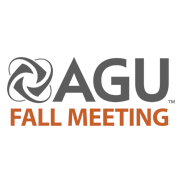